Modernizing to be competitive. Pioneering and always maintaining awareness of opportunities.

ROCHA's entrepreneurial DNA is present in the company's profile from its founders. It was the entrepreneurial attitude focused on the future and the development of national logistics, with a keen eye on opportunities that led ROCHA to gain such high recognition.

In an issue of Exame magazine, ROCHA is mentioned among the 100 fastest-growing companies in the last three years. This recognition is even more relevant when considering that the listing also includes startups in the market, which usually grow exponentially with a short lifespan. ROCHA's activities date back to over 155 years, which represents a significant solidity, merit and market continuity.

The company was founded by the great visionary Bento Munhoz da Rocha, who later turned his focus to politics and became governor of the state of Paraná therefore handing management over to the Cominese Family, who undertook the challenge with attention to opportunities. The company grew from generation to generation within the Cominese family, with entrepreneurial leaders such as Mr. Manfredo Cominese, responsible for consolidating ROCHA in ports through the acquisition of strategic and interesting assets for ROCHA's business, a fundamental step for the consolidation of the company as an icon in the domestic Brazil wide logistics market.

The company is currently under the fifth generation of the family in joint management of ROCHA (two generations of the Rocha family and three of the Cominese family). When the brothers Hélio and João Gilberto Cominese took over the management of the company, it was already prominent in the markets where it operated, with international recognition.

In 2010, another key step was taken: the then Angra Partners (current ANGRA INFRA) acquired a 40.58% stake in ROCHA's share capital. The acquisition funds contributed to the company for further investments in the consolidation of a robust shareholder-approved Business Plan, whose main objective was to accelerate growth and consolidate ROCHA as a first class Brazil wide player.

In the company Business Plan, five priority projects were established: 1) Import Bulk cargo handling, carried out in 2012; 2) Export Bulk cargo handling (in two stages, the first started in 2017), both in Paranaguá; 3) expansion of Dry Port in São Francisco do Sul (SC), completed in 2013; 4) attending the liquid bulk segment in 2011 with the acquisition of 50% of Cattalini's share capital; 5) projects that would guarantee the company's geographic expansion, implemented through the acquisition of equity interest in Vanzin, Rio Grande state (RS), COPI, São Luís (MA) Maranhão State and FullPort, São Francisco do Sul ( SC) Santa Catarina State.

The funding for the implementation of the Solid Export Bulk cargo project, the last in the 2010 Business Plan, came with the cooperation of BNDESPAR, a wholly owned subsidiary of BNDES investing in ROCHA's share capital and in 2015 acquired 17.86% equity interest.

With an aggressive and sustainable growth strategy, in addition to being an operating company by nature, ROCHA acts as an operational holding company for investments, which continues to grow always attentive to market opportunities and contributing to the development of the Brazilian economy. Ethically, without giving up quality, with transparency, respecting all stakeholders. With humility and hard work we continue to grow, differentiate and diversify ! 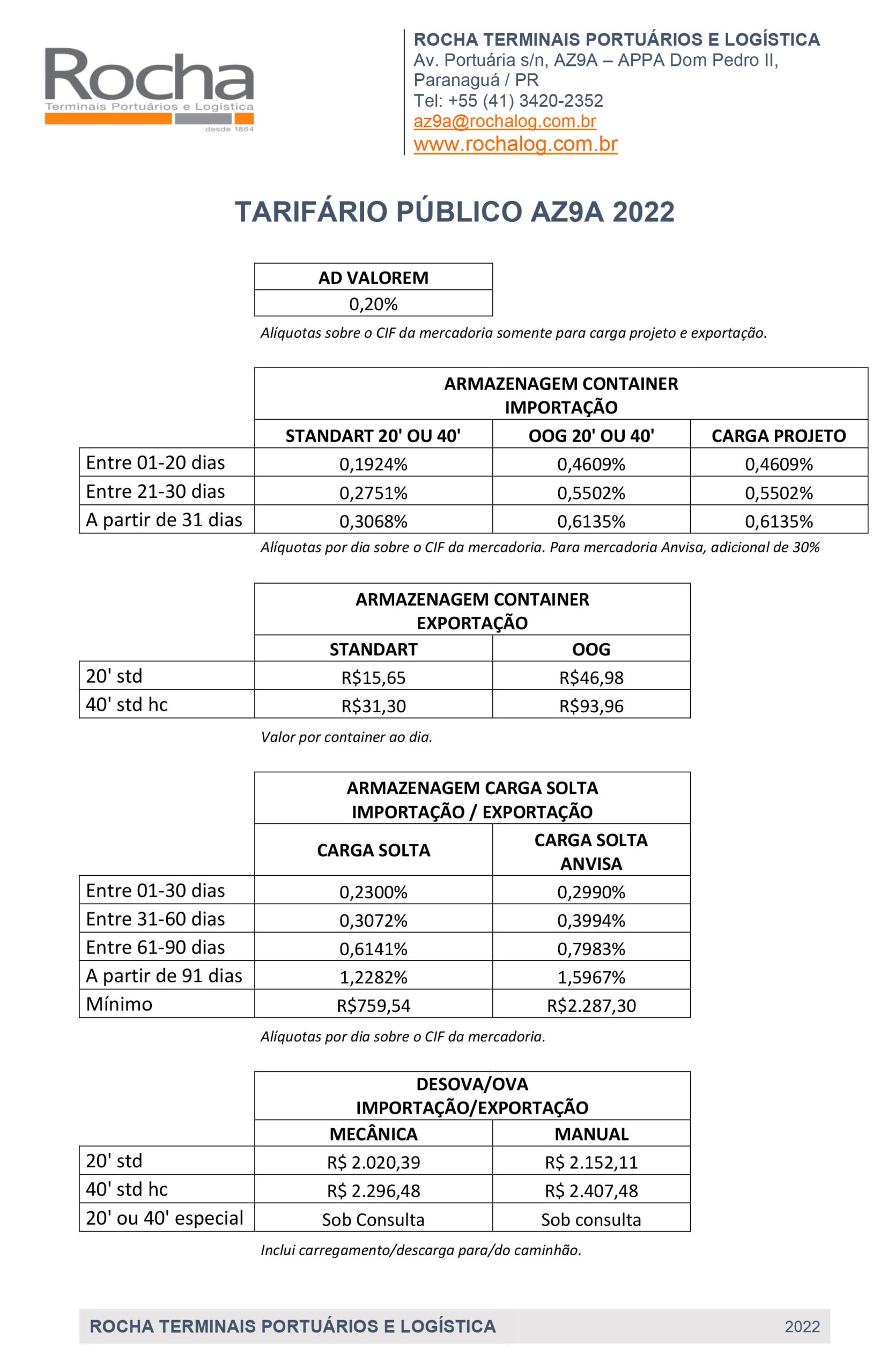 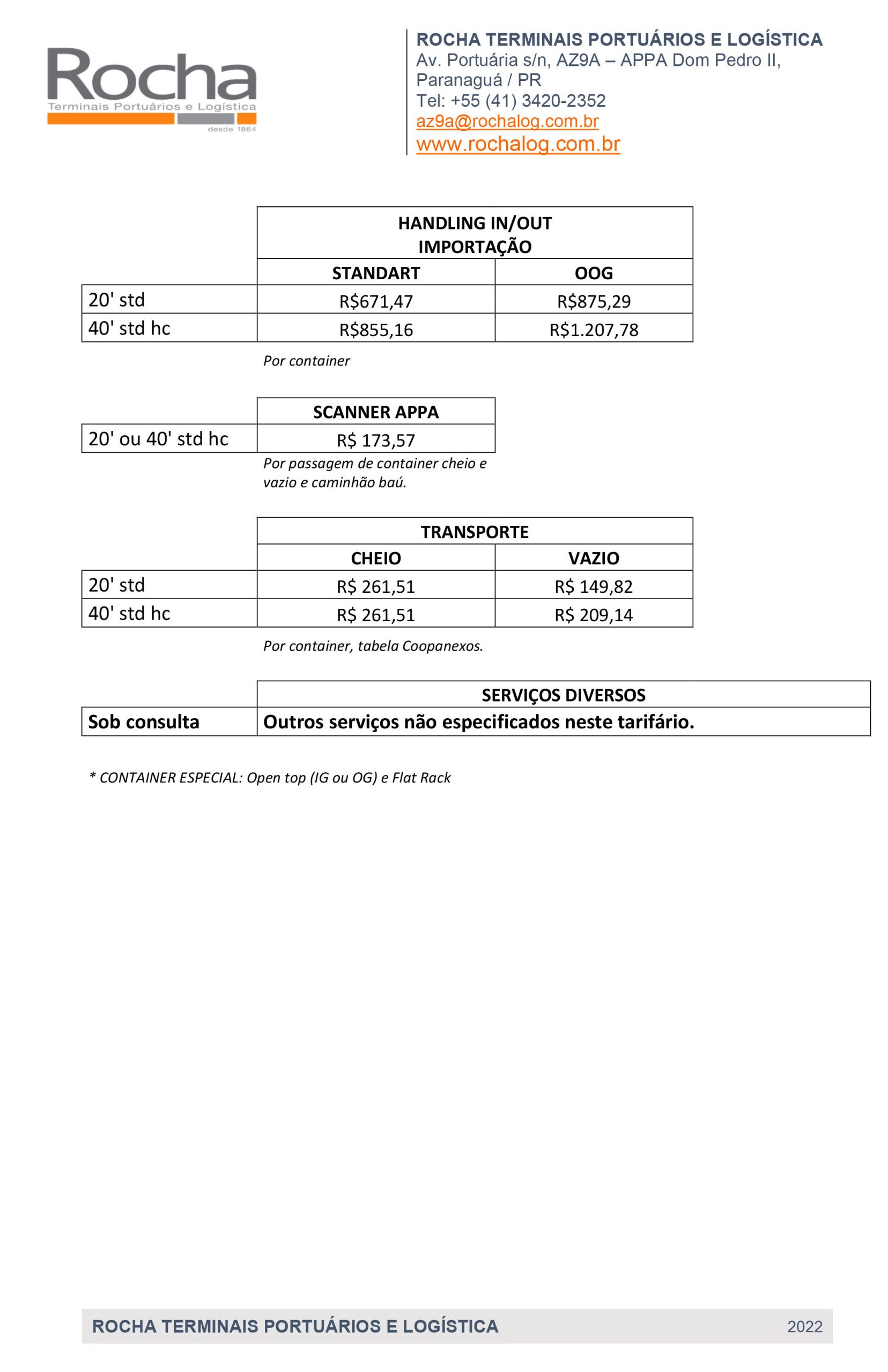 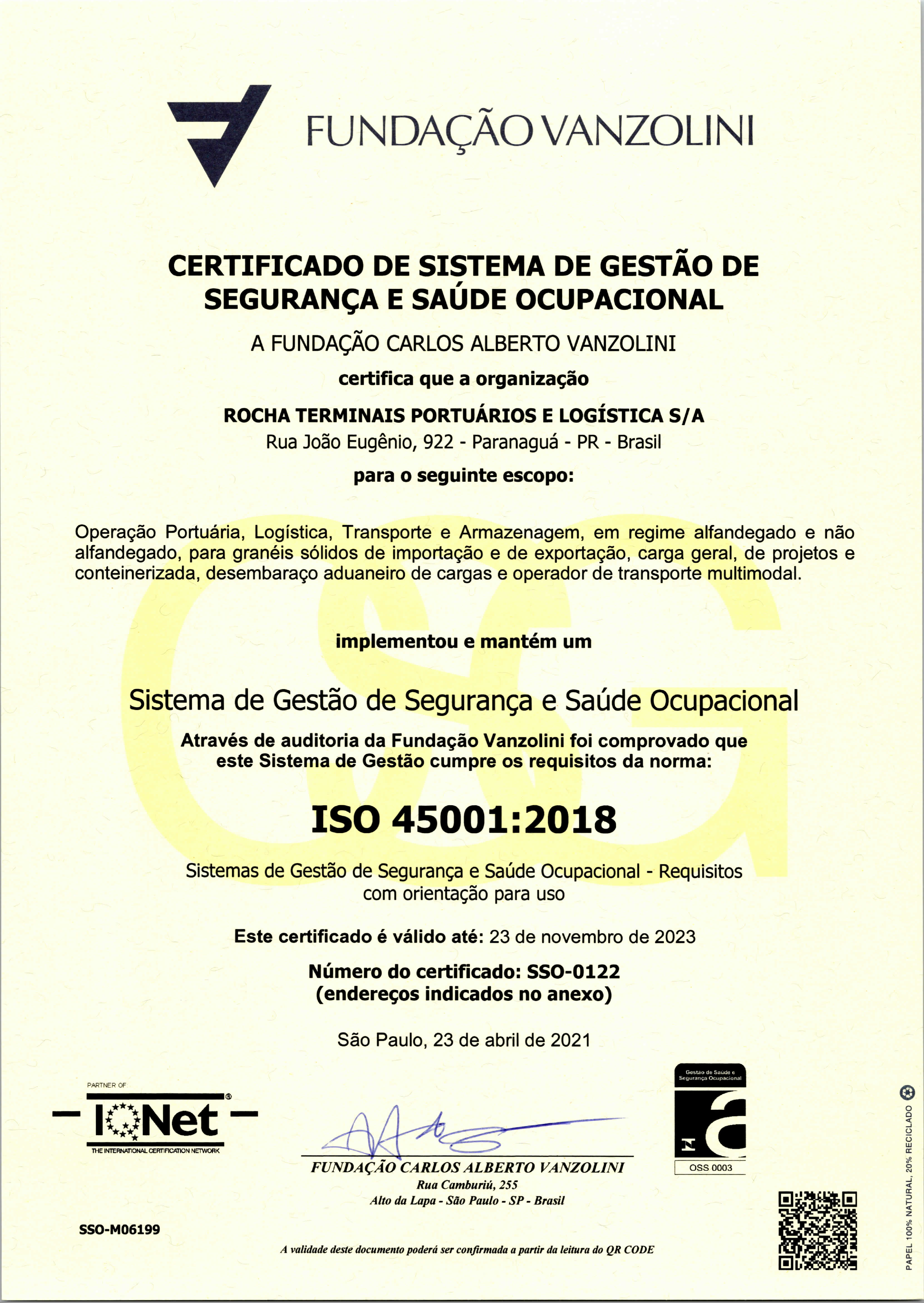 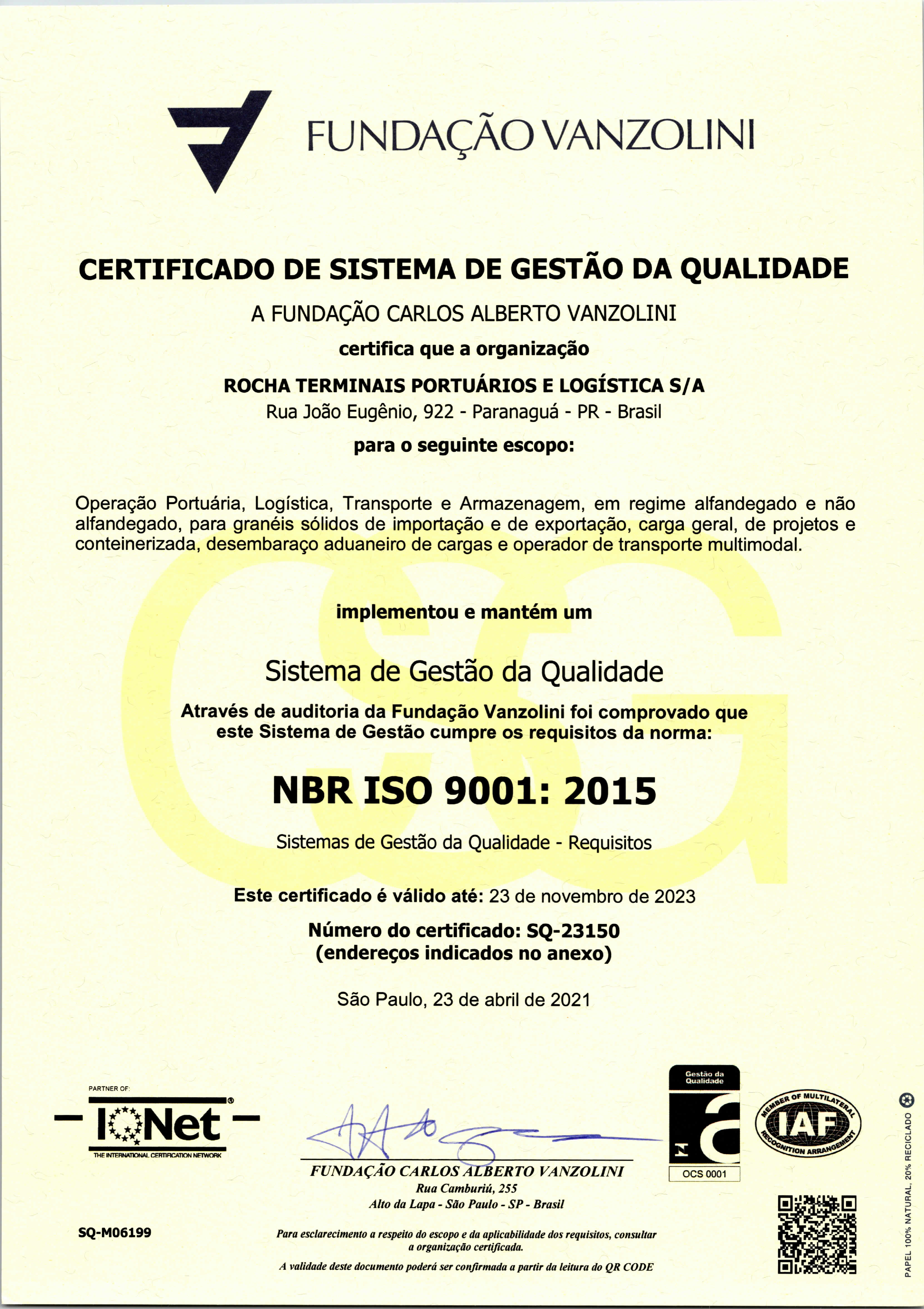 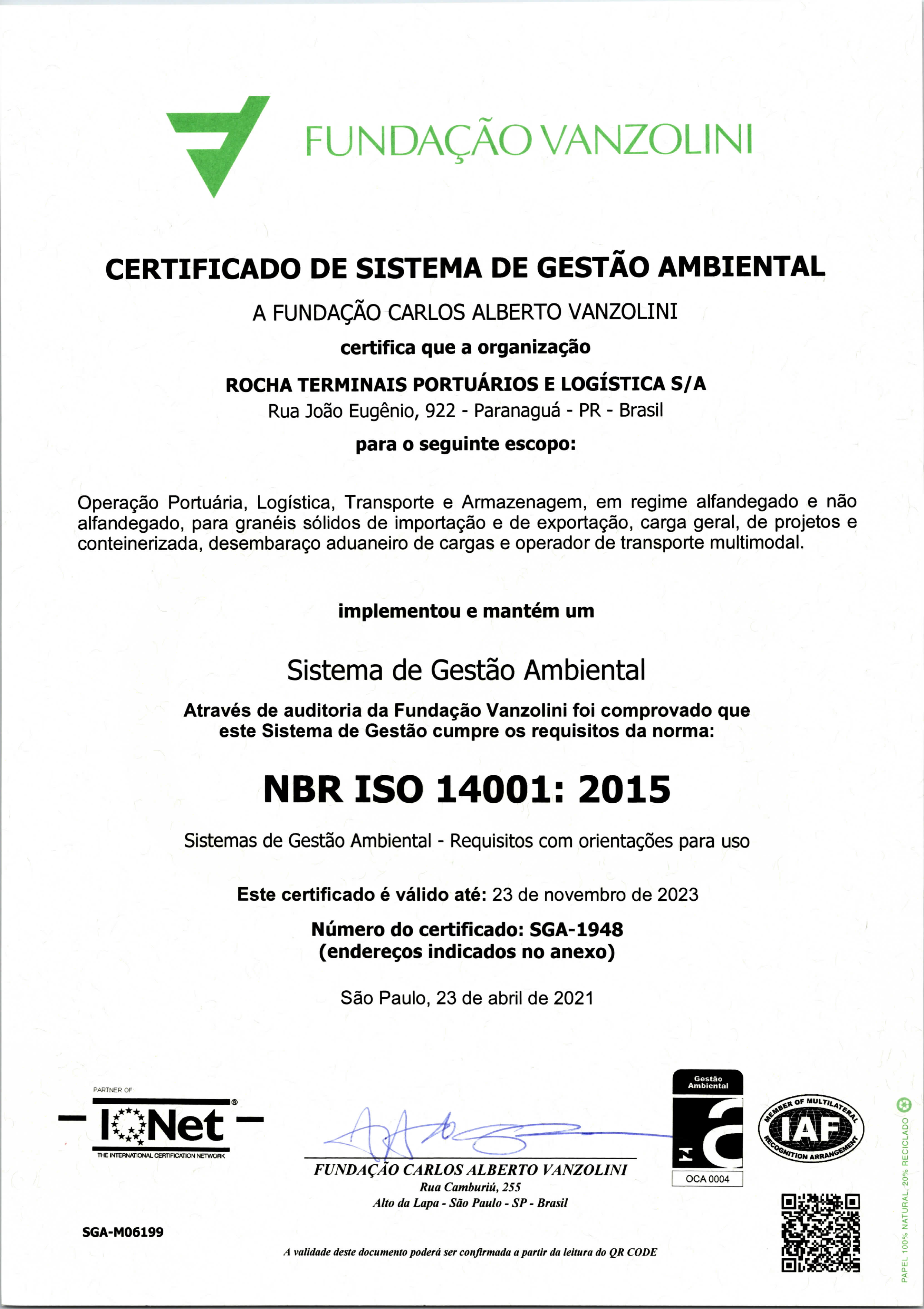 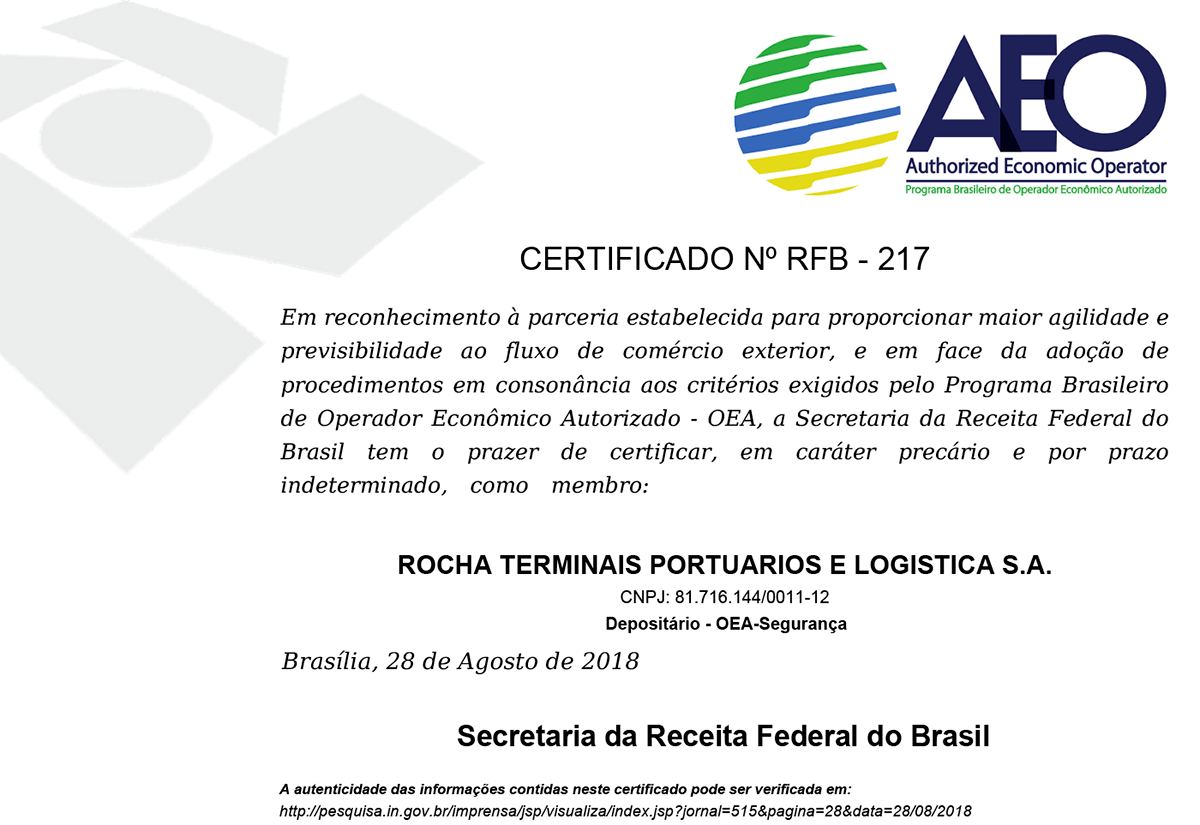 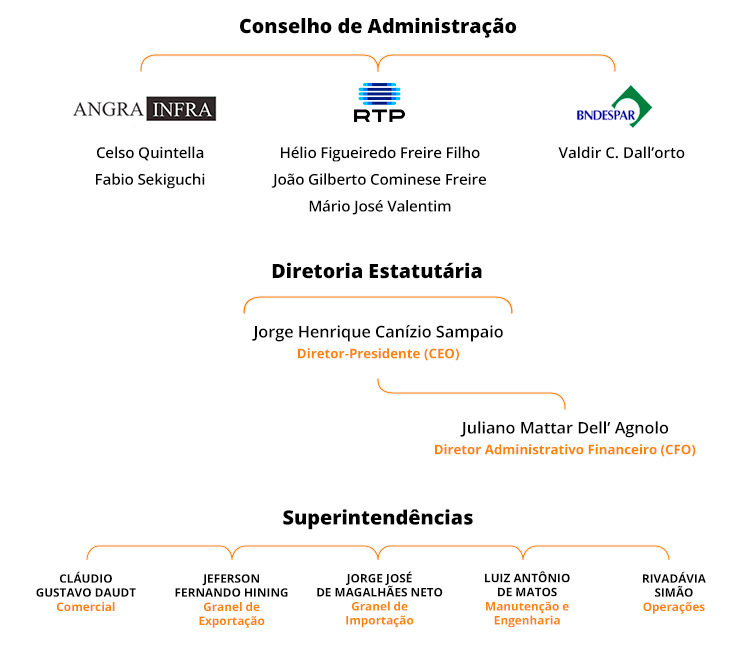 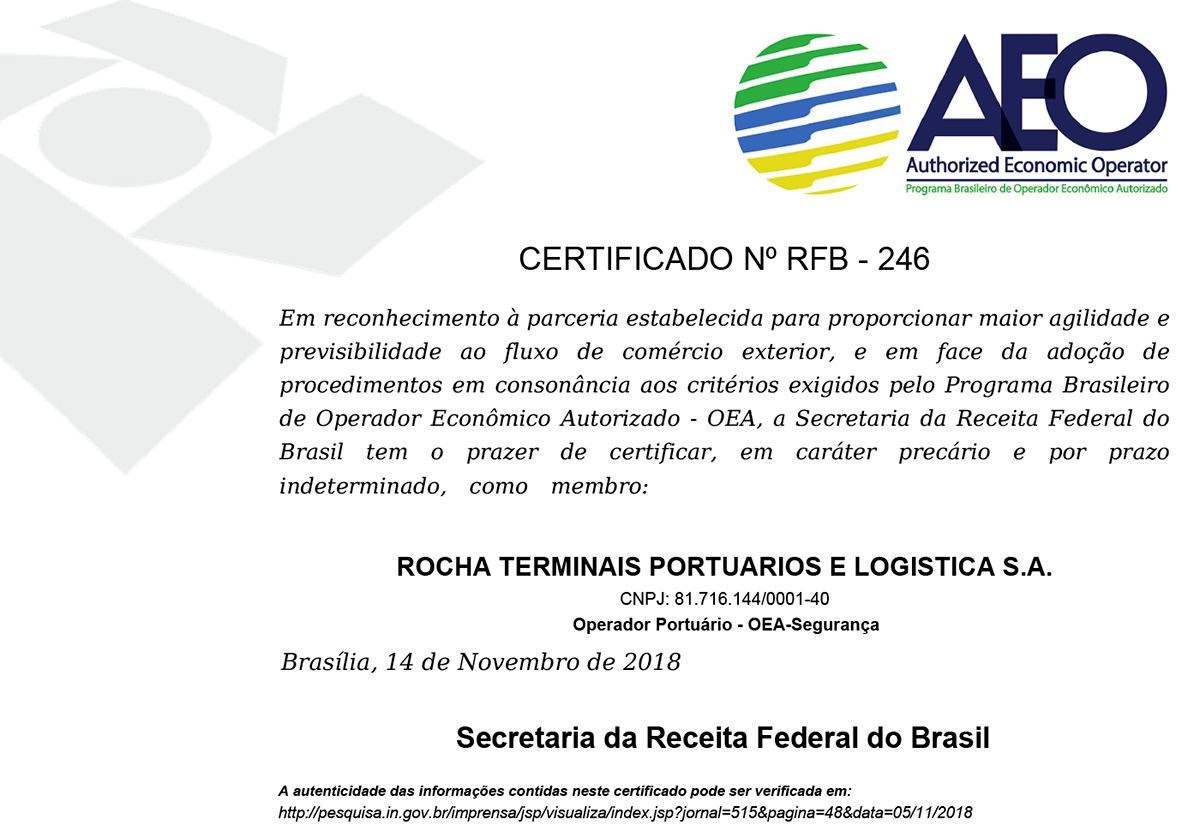 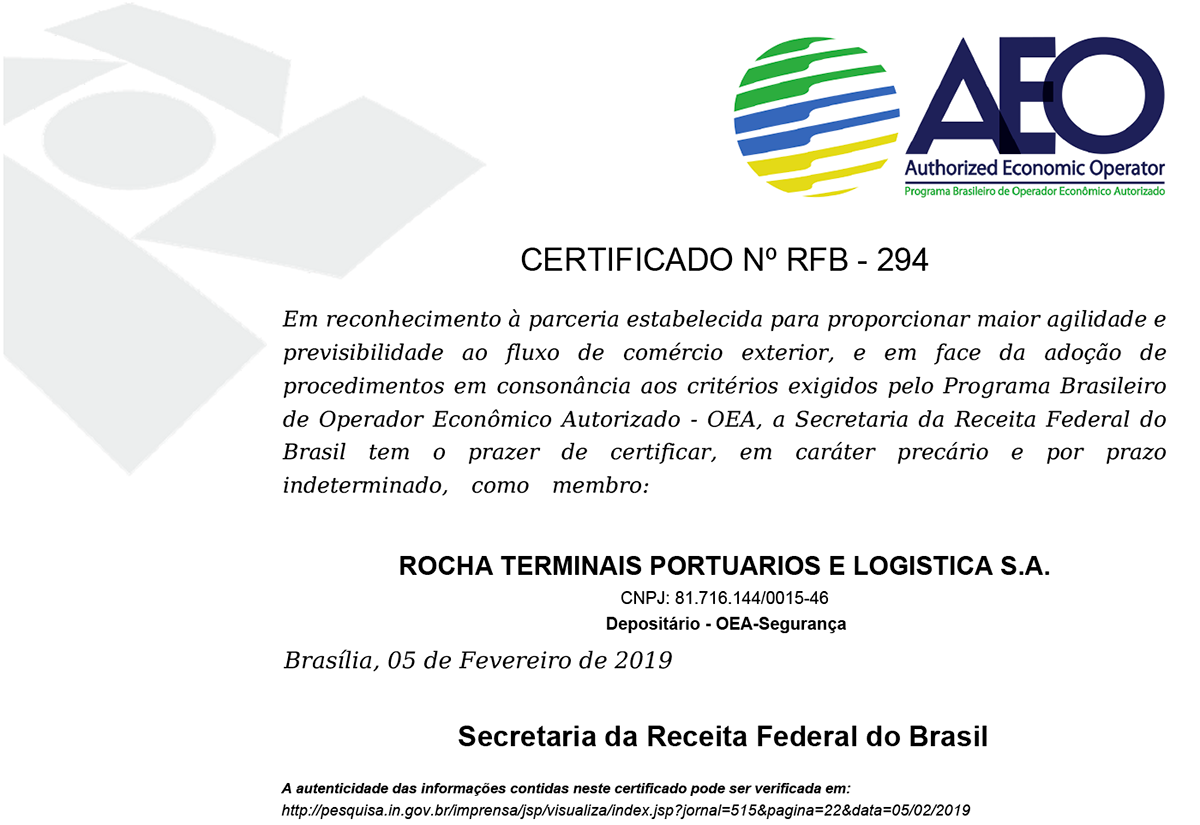 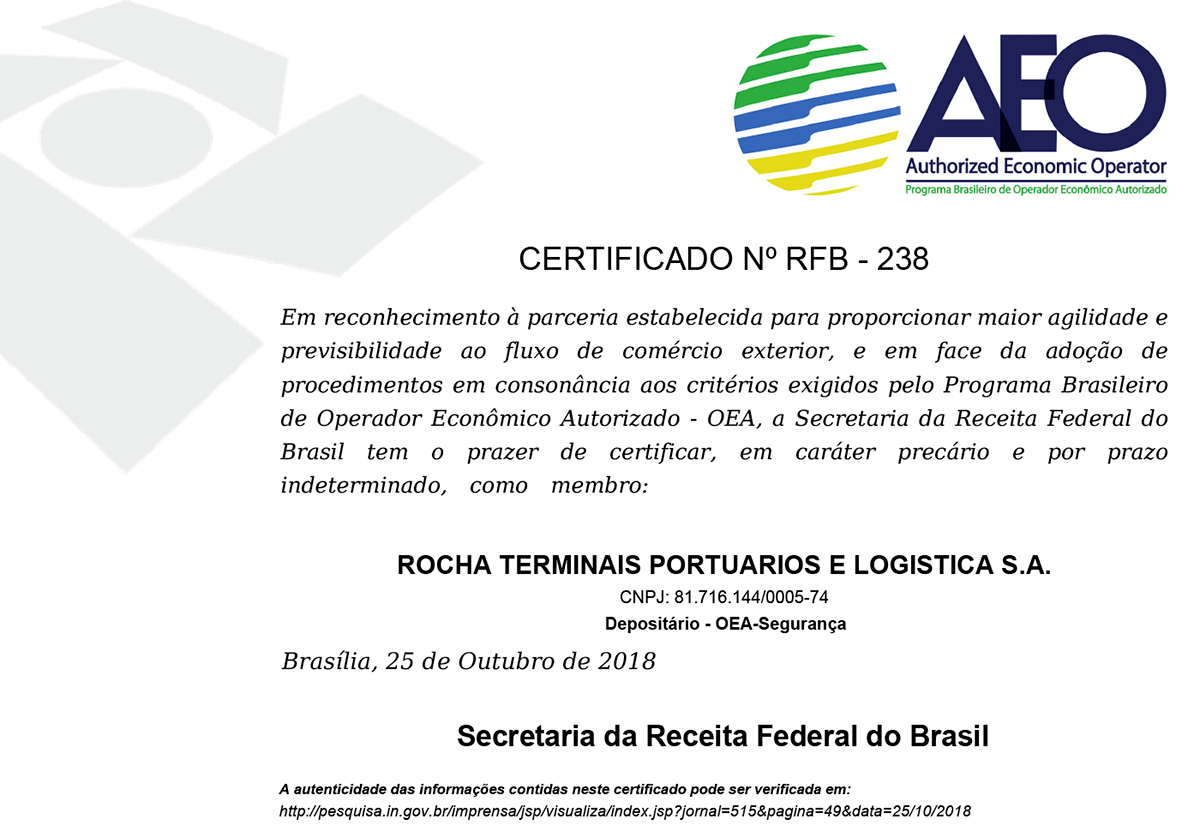 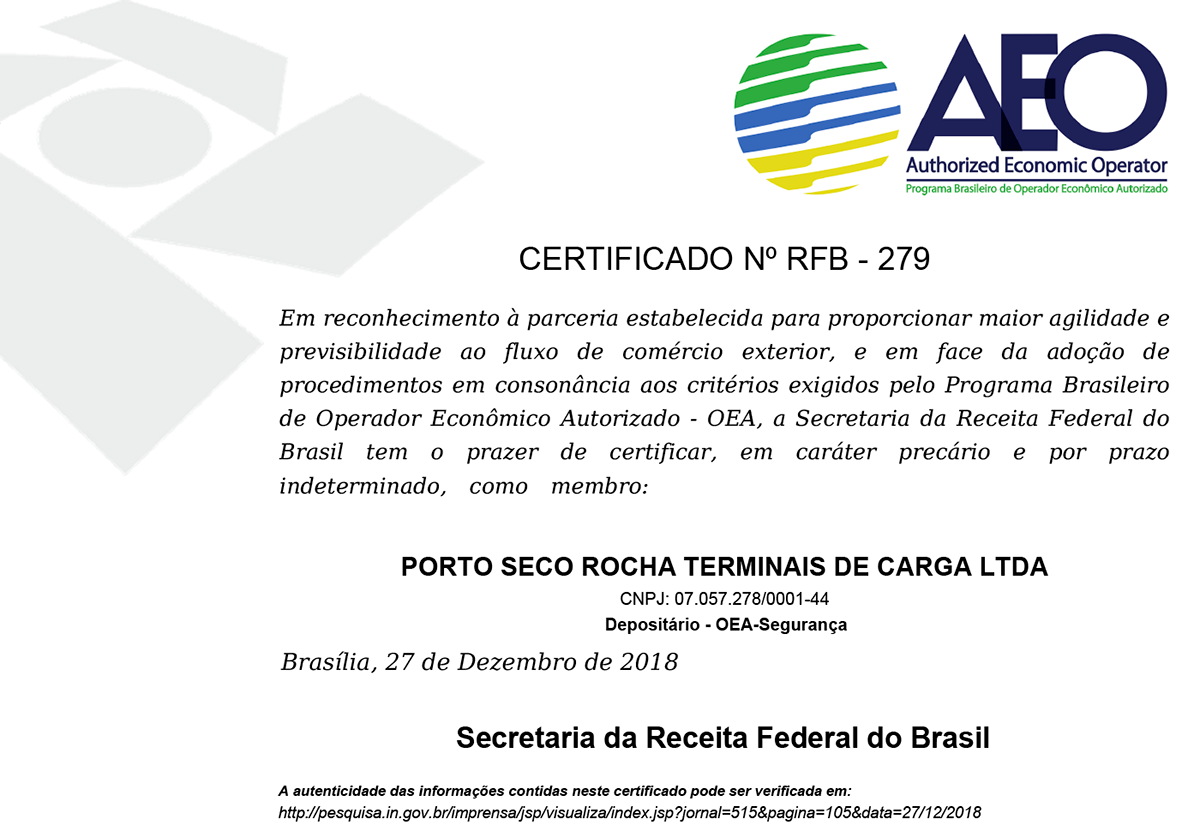